LOS ANGELES – Four men accused of two armed robberies in Beverly Hills surrendered on Tuesday following a high-speed chase that led to a standoff with officers from the Los Angeles Police Department and a SWAT team in the neighborhood of Pico-Union Tuesday morning.

The suspects are charged with at least two armed robberies that took place on Monday, the Beverly Hills Police Department said.

LAPD and BVPD agents located the vehicle connected to the suspects on Tuesday morning. They tried to stop the vehicle when the chase began.

The suspects drove officers on Highway 110 southbound, on Highway 105 westbound, on the northbound lanes of Highway 405 to Highway 10 eastbound.

The silvery SUV, believed to be a Chevrolet Suburban, was detected traveling over 100 mph on Highway 10 before exiting on the main streets of a Pico-Union neighborhood.

It is believed the car may have been a rental due to the Colorado license plate.

After driving erratically and at high speed, the suspects then pulled up to a neighborhood on South Kenmore Avenue near the intersection of Normandie Ave. and Olympic Boulevard where four people fled on foot and to a house around 9:50 a.m. 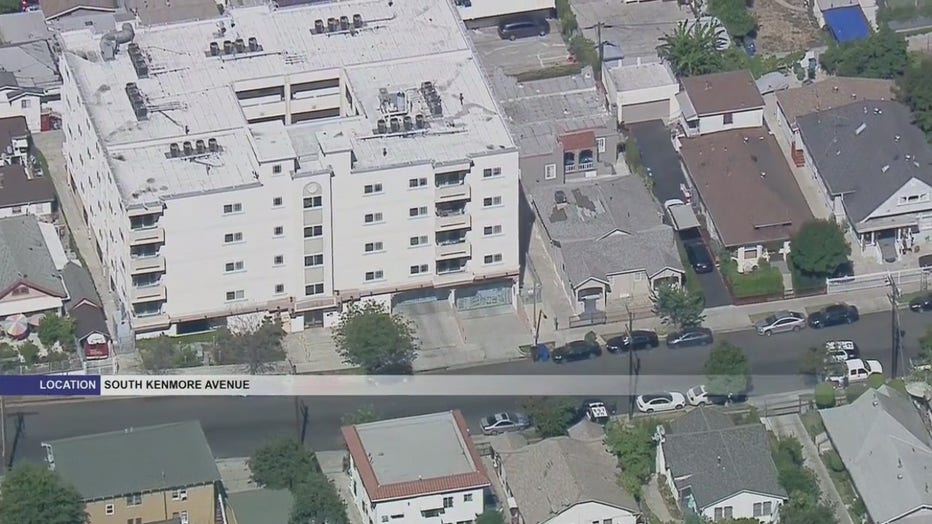 A SWAT unit was called to the scene and the suspects surrendered around noon.

No further information was immediately released.