With the popularity of Disney’s live-action remakes today, it’s no surprise to see fans speculating about the next movie. Whether it’s a reimagining of Hercules or a revamped version of Moana, it’s exciting to see what the famed production house will come up with in the years to come. But before we can hear about Disney’s lineup of additional films, digital artist Helen Morgun gives us a look at the actors and actresses who could play the lead roles of our beloved animated characters.

On her Instagram account, Morgun creates side-by-side drawings of Hollywood celebrities reimagined as Disney heroes and villains. While some of these classic tales have already been recreated, it’s still nice to imagine what the remake might have looked like if these actresses played the roles instead.

Check out his artwork below:

Lena Headey as the Evil Queen in “Snow White”

Lena Headey has previously played a strong and fierce queen in Game of Thrones and 300. Adding the Evil Queen character to her acting credits would definitely cement her as an OG actress for the fearless royals.

Emilia Clarke as Belle in “Beauty and the Beast” 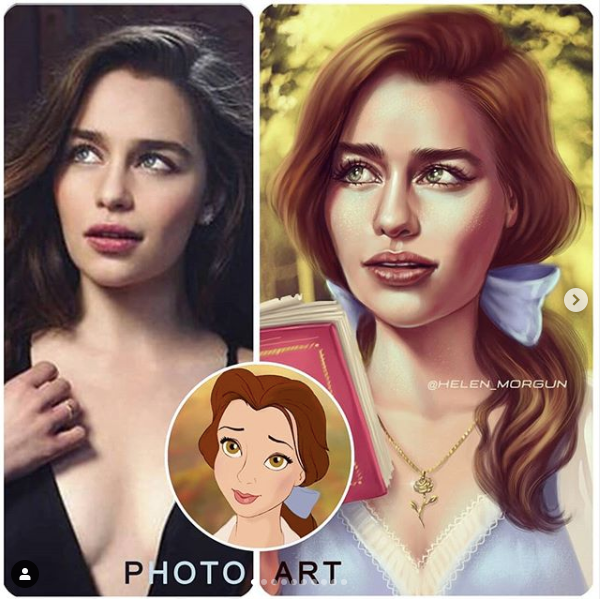 Emilia Clarke may be the mother of dragons in Game of Thrones, but in this reimagined portrayal, she’s the tenacious but good-natured character, Belle.

Lady Gaga as Ursula in ‘The Little Mermaid’ 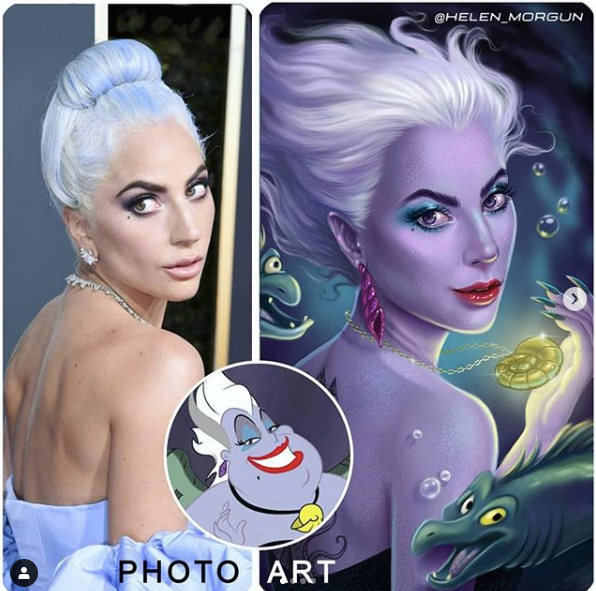 Although Melissa McCarthy is apparently in talks to play Ursula in the live-action remake, we think Lady Gaga could elevate the sea witch into a more devious and sassy character.

Tom Hiddleston as Hades in ‘Hercules’ 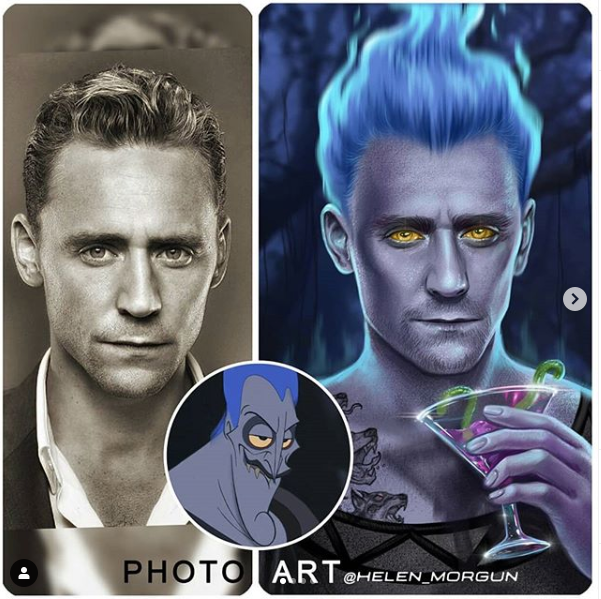 Tom Hiddleston is no stranger to playing the villain on the big screen, so it would be exciting to see him play the sarcastic yet villainous Hades in a live-action remake of Hercules.

Mila Kunis as Esmeralda in “The Hunchback of Notre Dame” 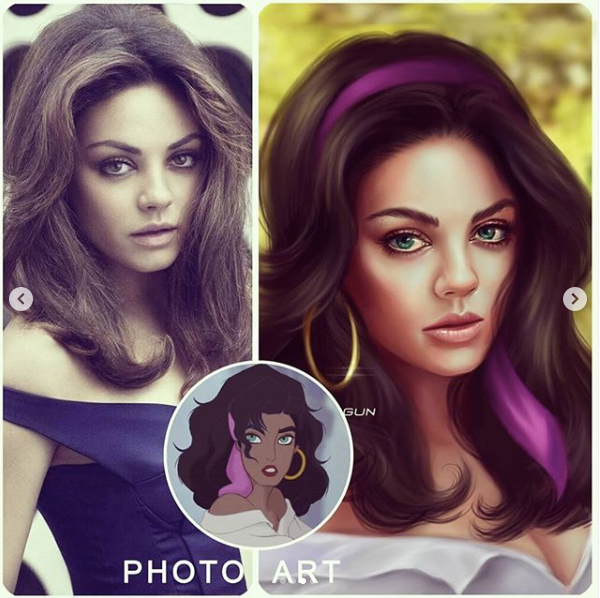 Esmeralda is probably one of the best characters in the animated film genre. But compared to the Disney Princesses, she is overlooked and very underrated. So we think Mila Kunis might remind viewers once again of this strong and uplifting heroine.

Rihanna as Tiana in ‘The Princess and the Frog’ 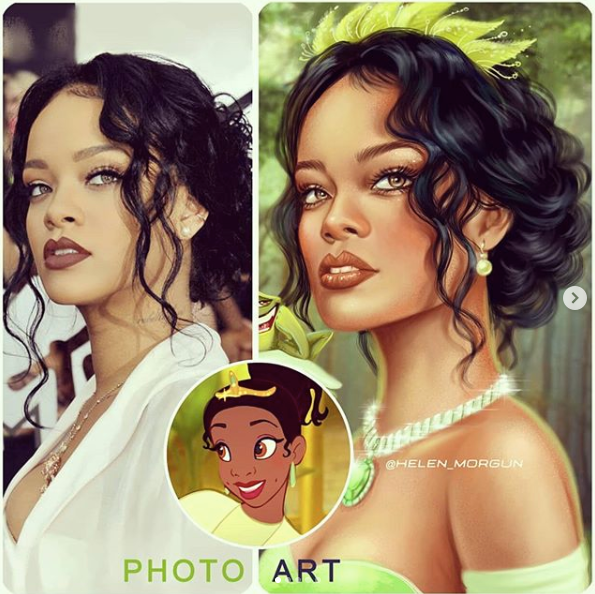 While we have no doubts about Rihanna’s vocal chops, we’re not entirely sure she’d make the perfect Tiana. However, we can agree that her “no frills” attitude fits perfectly with Tiana’s down-to-earth outlook on life.

Emma Stone as Merida in “Brave” 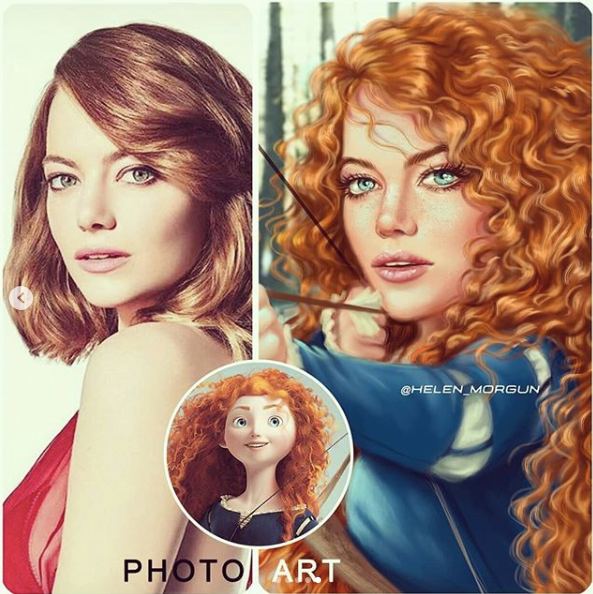 Given her red hair, Emma Stone could become the ideal actress to embody Merida. Now, if she can only cut Merida’s thick Scottish accent, then we might fully consider her for the role of this warrior princess (should there be a live-action retelling of this animated film).

Selena Gomez as Moana in “Moana” 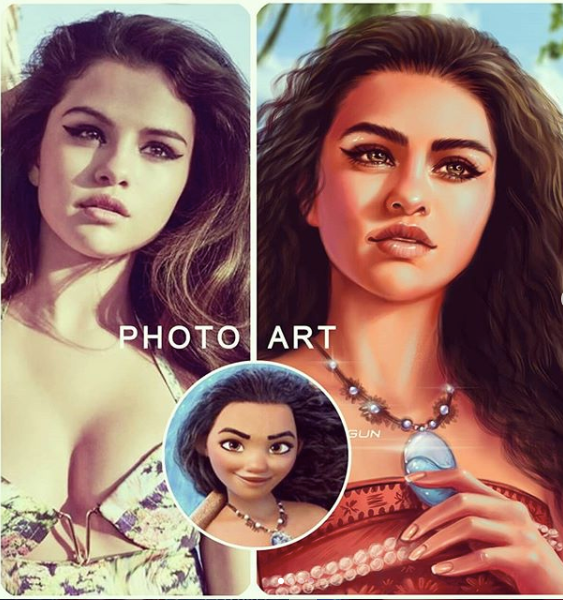 The singer first gained recognition for her role as Alex Russo on the Disney show Wizards of Waverly Place. Recently, however, Gomez has taken a step back from acting and opted to pursue her musical career instead. If the “Rare” singer were to get back into acting, she would definitely make an interesting choice as Moana.

To see the full set of Morgun’s artwork, you can visit his Instagram at instagram.com/helen_morgun

Accio Disney! An artist reimagines these princesses as Hogwarts students

Hollywood celebrities are threatening to boycott Southwest Airlines for failing to talk about a new Texas election integrity law. “[email protected] Will you speak out against the Texas State Legislature Voter Suppression Bill # SB7? “Actress Piper Perabo tweeted in response to a post from former DNC chairman Howard Dean.” I spend my money with companies […]

Learn how to wear a white tuxedo like these Hollywood celebrities, from Chris Evans to Brad Pitt

Take inspiration from Hollywood stars to look dapper in a white tuxedo. ” class=”lazy img-responsive” data-src=”https://www.iwmbuzz.com/wp-content/uploads/2022/03/3-reasons-why-you-should-play-pokemon-legends- arceus-2-920×518.jpg” width=”920″ height=”518″ alt=”Learn to wear a white tuxedo like these Hollywood celebrities, from Chris Evans to Brad Pitt” /> Turns out our fictional boyfriend Brad Pitt isn’t the only one who can rock a white suit. We decided […]

From Julia Roberts to Jerry Garcia, these Hollywood celebrities have embraced Hinduism

In the past, after the conversion of former Shia council chairman Wasim Rizvi to Hinduism, he was talked about in the news of the world. Today, Ali Akbar, resident of Kerala and director of Malayalam film, has left Islam. When it comes to Hinduism, it is Sanatan and the oldest religion in the world. All […]