Pete Davidson and Kaley Cuoco both looked in a good mood when they were spotted filming together for the first time in public for their upcoming Meet Cute movie.

The Big Bang Theory actress and Saturday Night Live star shared a few smiles and laughs to each other as they took a break from filming in New York City, both even stopping to buy ice cream. in a nearby van.

Kaley, 35, was dressed for summer as she wore a yellow plaid dress, which she teamed with white shoes and a brown handbag.

After spending time together, the two were pictured chatting, as they appeared to be back on set filming an intense scene for the film.

Kaley also gave fans a glimpse of their shenanigans on Instagram Stories, as she and Pete filmed additional scenes at Six Flags Amusement Park in New Jersey.

Sharing a playful snap of the two sticking out their tongues, she wrote, “We’re laughing. Very very hard. Even when shooting at 4 a.m.

She then posted another photo of them together on set, writing: “You are going to love them”, also adding the names of their characters in the movie: “Sheila and Gary”.

Kaley also shared a series of clips in which she could be seen “interrupting” Pete’s quiet time, as she sang to music in the background.

Pete couldn’t keep a straight face as the actress sang on tracks like Let It Go from Frozen.

“Pissing off Peter while studying has become my favorite pastime,” Kaley tells her followers. 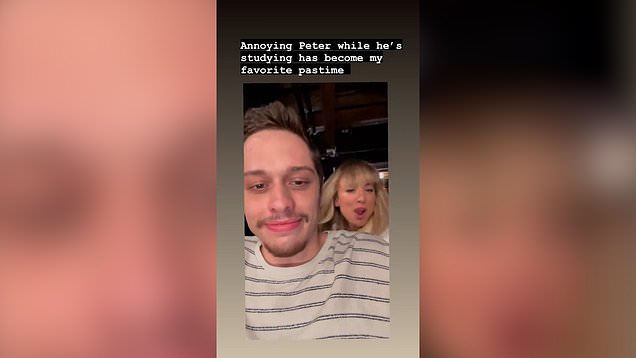 To view this video, please enable JavaScript and consider upgrading to a web browser that supports HTML5 video.

“He also hates my musical choices, which makes things even more fun,” she continued. “I have played ‘leave it’ 300 times. “

Meet Cute would be a “wildly inventive deconstruction of romantic comedy,” according to Deadline, with time travel at the center of the film.

The project will be directed by Alex Lehmann, known for the 2019 Netflix film Paddleton, and is written by former makeup artist Noga Pnueli.

Kaley had previously teased what was to come in the film after sharing a screenshot of Deadline’s post on Instagram.

More: News from the American Showbiz

She wrote: “This one is going to be really ‘cute’.

We can’t wait to see it.

Do you have a story?

If you have a celebrity story, video or photos, contact the Metro.co.uk entertainment team by emailing us at [email protected], calling 020 3615 2145 or by visiting our Submit page love to hear from you.

MORE: ‘Devastated’ Stevie Nicks cancels all performances for 2021 as she expresses concerns over Covid-19: ‘At my age I’m cautious’