Woman knitting from vagina and climate activist wrapping wool around trees: outrage as “political” artists receives $ 7.6 million of YOUR money for “weird projects “

By Charlie Moore, political reporter for the Daily Mail Australia

Australians pay millions of dollars to support “political” artists, including a climate activist who wraps wool around trees.

The 2020 Resilience Fund distributed $ 7.6 million in cash to taxpayers to help artists struggling to pay their bills during the Covid-19 pandemic.

But critics say much of the money has gone to artists “obsessed with identity politics” and that the grants are not in the national interest.

Casey Jenkins (pictured) is supported by taxpayer dollars. Her previous work (pictured) includes knitting from a yarn placed in her vagina for 28 days

Casey Jenkins, from Melbourne, is supported for a project that involves her performing monthly live self-inseminations.

It is supported by art group Vitalstatistix Incorporated which received a grant of $ 20,000, reported the The telegraph of the day.

Ms. Jenkins’ previous work included knitting from a yarn placed in her vagina for 28 days.

Other artists who have been supported include climate activist Kelly Leonard who “weaves accessories for the environment” and places them near coal mines.

On her website, she says: “A deep empathy for landscapes threatened by the impact of coal mining and global warming informs my work.

Leonard received a $ 10,000 grant with artist Sarah Norman, who identifies as a “non-binary transmasculine person and diasporic Koori of Wiradjuri origin”.

Norman’s earlier work includes be cut in the back 147 times in front of an audience.

Julie Vulcan, whose works include an installation featuring her own blood on pieces of cotton, also received $ 10,000.

The Australian Council for the Arts, a government body, decides who gets the funding.

Dr Bella d’Abrera, of the free market think tank, Institute of Public Affairs, said the money was “distributed to fund an obsession with identity politics.” 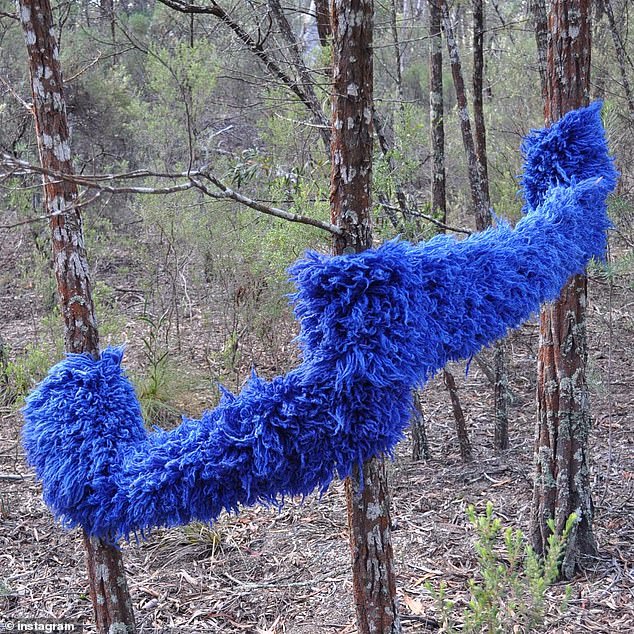 She told Daily Mail Australia: “Thousands of Australians are losing all of their livelihoods, but we are paying for artists to literally send things into space. This must stop immediately.

“It is amazing that the Australian Arts Council is spending taxpayer dollars on an array of potential art projects that will absolutely not benefit traditional Australians.

“Artists should be able to make whatever political statements they want, regardless of the medium of their choice. But Australian taxpayers shouldn’t foot the bill.

A spokesperson for the Australian Council said artists who receive the grants are required to “fulfill the obligations of accountability to the Australian government”.