SYDNEY, June 05, 2022 (GLOBE NEWSWIRE) — Visionary filmmaker Baz Luhrmann was joined by Hollywood heavyweights Tom Hanks, Austin Butler and Olivia Dejonge on a star-studded red carpet at Vivid Sydney tonight, for the Sydney premiere of Elvis. Presented by Warner Bros. Pictures and Vivid Sydney, this is the first time in the festival’s 12-year history that a film premiere has been included in the official program.

Luhrmann’s first appearance at Vivid Sydney came earlier today, where he joined renowned journalist Marc Fennell for a thought-provoking talk, The Baz Affair, as part of Vivid Ideas’ flagship Global Storytellers series. The conversation focused on the remarkable rise and rise of Baz’s career, from humble beginnings in a small town in New South Wales (NSW), Australia, to the dazzling heights of Hollywood, capturing audiences along the way with its signature style and powerful storytelling.

Vivid Sydney, the annual festival of light, music and ideas, will transform the harbor city into a luminous fusion of creativity and innovation until Saturday 18 June. With over 85 intriguing talks, workshops and immersive experiences, Vivid Ideas explores the forces that shape our society, starting conversations that continue long after the festival ends.

Minister for Business, Investment and Trade, Minister for Tourism and Sport and Minister for Western Sydney, Stuart Ayres, said the Sydney premiere Elvis is another example of how Vivid Sydney pushes boundaries to deliver the biggest, brightest and best line-up ever.

“Vivid Sydney 2022 got off to a great start with our biggest opening weekend ever, seeing 435,000 people in Sydney CBD enjoy the whole festival and we expect a similar turnout this weekend. end,” Mr. Ayres said.

“This is another first at the festival, the first time a film premiere has been part of the official programme. Vivid Sydney is constantly evolving and looking for new ways to engage audiences, while supporting local events and the creative industries. Baz’s case and the Elvis premiere tickets were purchased, with over 1,400 tickets sold. It’s exciting to see the theater packed and the visitor economy booming.”

Festival director Gill Minervini added “Baz Luhrmann joins a powerful and thought-provoking lineup of vivid ideas for 2022, as a global storyteller alongside Aaron Sorkin, Gretchen Carlson and Troye Sivan. Baz is a creative visionary with a body of work that embodies everything. Vivid Ideas is about celebrating those who push the boundaries of creativity, tell stories that challenge the status quo and drive change for good. He and Catherine Martin personify the style and creativity of Sidney.

Baz Luhrmann said: “I grew up in a very small town in the NSW area. When I was 15 I used to come to town and watch movies, and now I’m back in Sydney talking about movies. There’s even an opening tonight – Elvis. This is my home and I feel so comfortable being here. It’s so wonderful to be a part of Vivid Sydney.”

Appearing on the red carpet at the Sydney premiere of Elvis tonight at the State Theater Sydney included Baz Luhrmann and the stars of Elvis including Tom Hanks, Austin Butler and Australian actress Olivia DeJonge, who plays Priscilla Presley.

To book tickets for Vivid Sydney events and shows, and for more information on the program, go to www.vividsydney.com. Go social using @vividsydney #vividsydney. 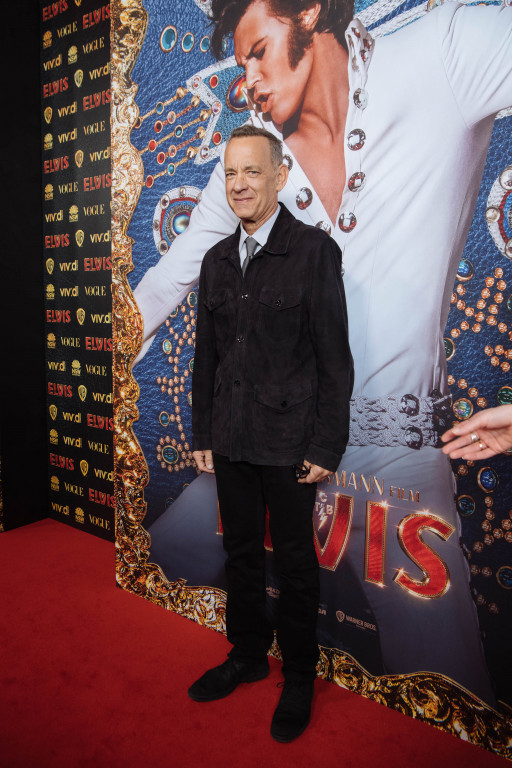 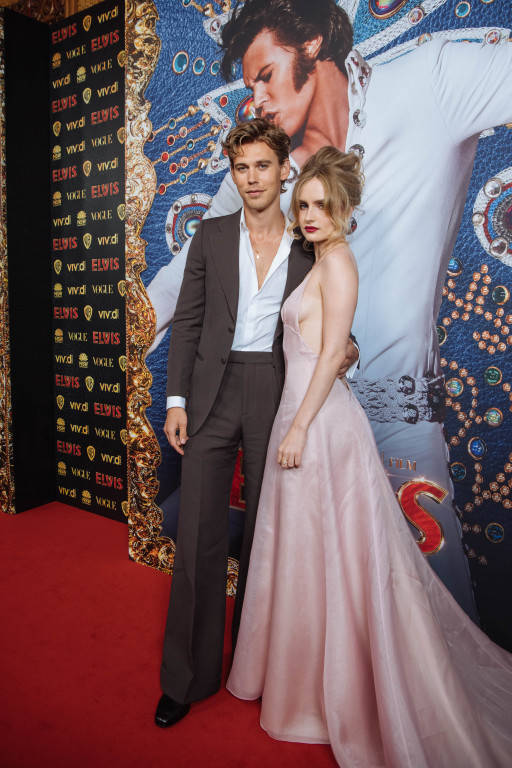 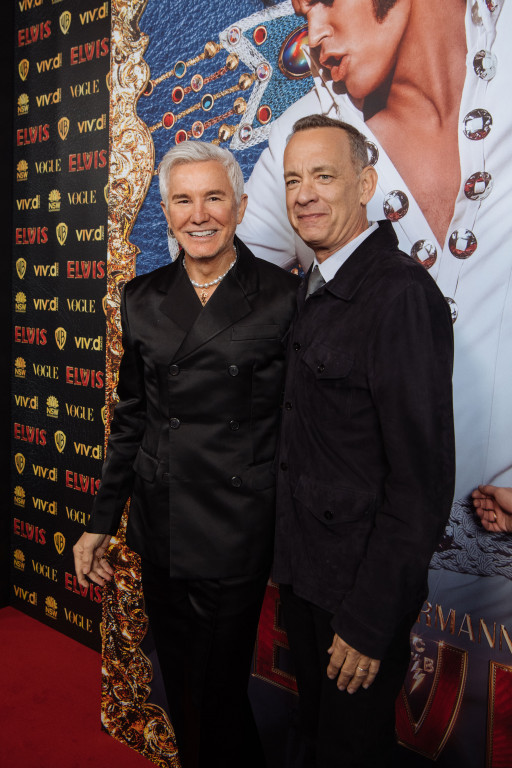 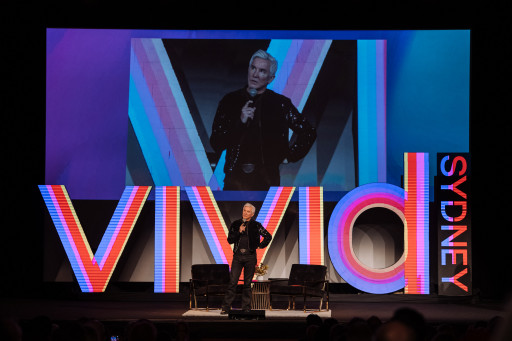 This content was posted through the press release distribution service on Newswire.com.

AUSTIN, Texas — The stars are back in Austin as the SXSW Film Festival showcases some of this year’s biggest debuts. Saturday saw the world premiere of Apple TV’s new series, “WeCrashed,” starring Jared Leto and Anne Hathaway. The series follows the rise and fall of startup WeWork, with Leto playing WeWork co-founder Adam Neumann […]

Welsh stars have been no strangers to the glamorous and exciting life of Hollywood since the movie world erupted over a century ago. In recent years, we’ve seen Michael Sheen, Catherine Zeta-Jones, Anthony Hopkins, and Christian Bale appear on the big screen multiple times. But long before that, in the early days of cinema, two […]

Golden Globes trophies are secured from the stage ahead of the 77th Golden Globe Awards nominations announced at the Beverly Hilton hotel in Beverly Hills on December 9, 2019. ROBYN BECK / Getty Images The Golden Globe nominations will be announced Monday, despite a Hollywood cold on the awards group. After reports of the HFPA’s […]